Background: The detection of ischemia prior to infarction is a challenging concept. Studies have shown ischemia modified albumin (IMA) to be a sensitive marker of ischemia, and it has been suggested that IMA could be an early marker to help detect ischemic stroke and ruling out patients with acute coronary syndrome. The free radicals generated in the Fenton reaction cause damage to the N terminal of albumin, this damage causes a reduction in the binding affinity of albumin for transitional metals (e.g. cobalt). The reduced binding affinity of albumin for transitional metals is the principle of some measurement methods for ischemia modified albumin (IMA). We set out to determine whether IMA could be used as a biomarker of oxidative stress in suspected sub-clinical ischemic episodes in hypertensive black Zambian. Materials and method: A total of 63 study participants were enrolled, 42 were hypertensive (21 without stroke and 21 with stroke), and 21 were normotensive age matched controls. Ischemia modified albumin levels were measured in all the study participants using IMA ELISA assay. Statistical analysis was done using SPSS (version 23) to compare the mean difference in IMA levels between the participants. ANOVA test and Student’s t test were used to detect any significant differences in mean IMA levels among the three study groups. Results: Participants with hypertension and stroke had a mean IMA level of 10.721 ng/mL, those with hypertension only had 10.15 ng/mL while the normotensive controls had 6.723 ng/mL. ANOVA showed a significant difference in mean serum IMA between the three groups (F=85.259). The student t test showed a significant difference between hypertensives and the controls (t=12.833, p<0.0002)) but not between the hypertensives with stroke and without stroke (t=1.679). Conclusion: Mean IMA levels were higher in hypertensives and hypertensives with stroke than in normotensives. However, IMA levels in hypertensives with stroke and hypertensives only were not statistically different; suggesting that IMA levels could not be used to predict which hypertensive patient was more at risk of developing stroke. Further, stroke in our black Zambians may be caused more by hemorrahagic rather than ischemic episodes 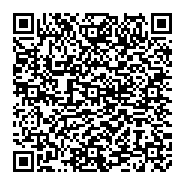