The advent of commercial broadcasting in Nigeria – coupled with the ever existing competition among national media outfits – has motivated most media houses (especially news organizations), to remod e l their orientation. Many of these news houses have resorted to infotainment as a strategy to win the patronage of audiences, and in turn, attract advertisers. This paper discusses infotainment as a contemporary trend in media programming and management in Nigeria. It explores the strengths and weaknesses of the practice as well as its implications for media programming and management in the country. Being anchored on Williams Stephenson’s Play theory and the Uses and Gratification theory, it argues that, infotainment merely offers operational advantages to media managers and owners as it involves lesser fund for production and programming than the regular/classical programming formats. The paper also argues that infotainment is, to an extent, suitable for commercial broadcasting as it may attract the youths who theoretically constitute the greatest portion of audiences being targeted by advertisers. Nevertheless, infotainment has some disadvantages: it causes a segregation of audiences into narrower niches; encourages passivity and above all, gives a blow to the credibility of news and educational programs. This credibility is particularly endangered in the case where programs that are supposed to be purely factual are rather spiced up with “paranormal” (entertainment) elements. Keywords: Media Management, Infotainment, soft journalism, media programming, commercial broadcasting, entertainment. 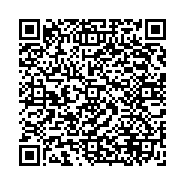